How to make waterproofing roof

Any roof covering is, as you know, a multi-layer cake, each of which is intended for its own purposes. These layers usually include: 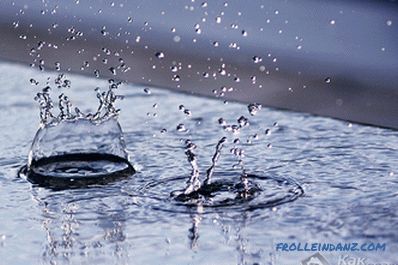 Waterproofing needed due to the fact that the roof during its long operation is exposed to a variety of destructive factors. In the case of moisture under the roof of its insulation begins to rot and collapse, which can further damage the load-bearing wooden structures.

In order to waterproof the roof, one must first of all know that it not only protects the structure from moisture penetration, but also performs a number of auxiliary functions:

Condensate, as is known, is formed due to the temperature difference under and above the roof and can accumulate on the surface of the insulation or other structural elements. The formation of a special ventilation circuit (which also includes a waterproofing layer) prevents condensation.

Consider options for the formation of a protective layer using a variety of waterproofing materials. 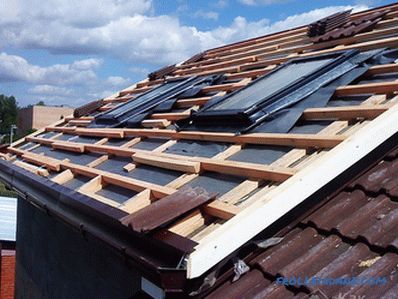 Films of various types are used to prepare waterproofing, which are commonly divided into “non-breathing” and “breathing”. The so-called "breathing" films are divided in turn into simply diffusion and super diffusion. We first consider the second type of films, which are made of synthetic non-woven materials and work on the principle of a one-sided membrane that lets moisture vapor out and does not let it in.

Waterproofing of this type is placed directly on the insulation, which allows you to create a single ventilation circuit. The roof is thinner and lighter; In addition, such a film is able to provide good wind protection and significantly reduces heat loss through the roof.

Another type of breathable material is diffusion films, which are made of polypropylene or polyethylene. They have a special perforation, which allows steam to pass freely, but effectively retains external moisture.

Diffusion films should be laid on the insulation and on the working roofing with a small gap, since their ability to transmit steam is slightly lower than that of membranes. 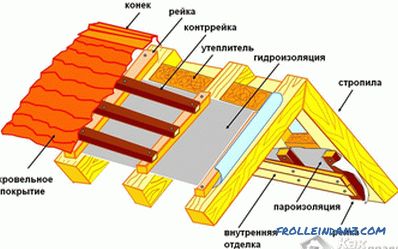 Films from the category of "non-breathing" are mainly made from the same polypropylene (polyethylene). When using them, you will have to create a double-circuit ventilation system under the roof. It is convenient to use such films when the section of rafters is a little more than the norm. In this case, there is a decent gap between the layer of insulation and the upper cut of the rafters.

Another type of "non-breathing" materials are the so-called anti-condensate films, the inner layer of which holds the drops of condensate, preventing them from rolling down. In due course all condensate accumulated on them dries out. When using such a film, you will need to make a couple of small gaps of about 8-10 cm (for an ordinary film - about 5 cm).

The result of the consideration of the question “how to properly waterproof the roof” is a reminder that it must be arranged throughout the roof, not excluding the gable and eaves overhangs. In this case, the lower cut of the canvas should be removed beyond the edge of the eaves, thereby ensuring that it is adjacent to the walls and ventilation pipes.

The procedure for laying roofing waterproofing is presented in the following video:

installation on the floor and on the ground 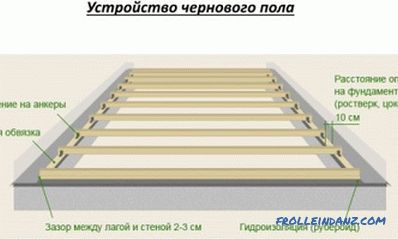 The design of the subfloor of wooden houses may be different, but in all cases it is a combination of several elements, including the underlying, leveling, intermediate and insulating layers. The f...

How to connect a washing machine with your own hands 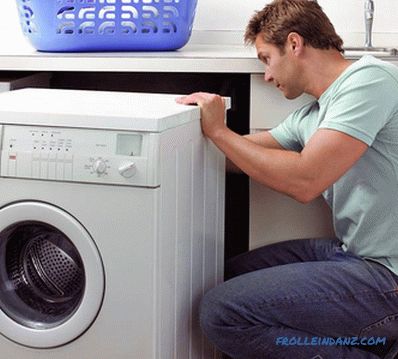 Without the use of modern electrical appliances, it is extremely difficult to secure a comfortable and cozy stay. For this reason, air conditioners, dishwashers, convectors and other appliances that...

Installation of plastic windows according to GOST instructions with photos 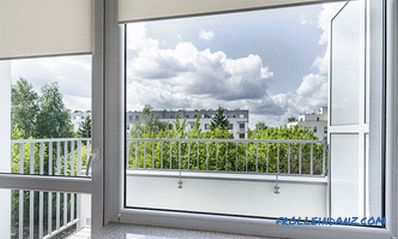 Metal-plastic windows are designed for long-term operation for 10–15 years. In order to avoid any problems with them, it is necessary to very carefully approach the choice of the structure itself an...

Wooden double-glazed windows do it yourself: making and assembling a structure 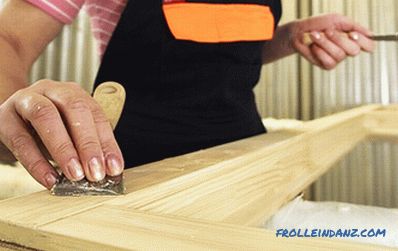 PVC windows today can be found in almost every apartment, private house. Installing them, the owners are trying to protect themselves from noise, to give housing an aesthetic look. However, many of...

How to paint OSB plate outside or indoors 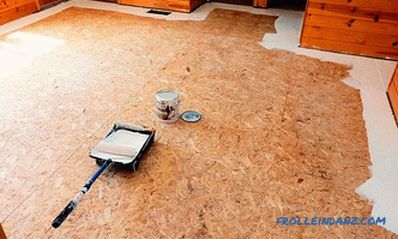 Oriented-strand board (OSB or OSB in a foreign manner) is a modern, very popular and affordable material for the construction of light structures and structures. It is convenient to mount. The sligh...