How to make concrete - concrete with their own hands

The preparation of high-quality concrete is impossible today without the use of technologies that have been used up over the years, which will allow you to get a mixture with specified technical characteristics. The preparation of a working concrete mix is ​​usually carried out in several stages, at each of which strictly regulated operations are carried out with the components included in its composition. You can see the list of these operations below:

Preparation and mixing of fractions 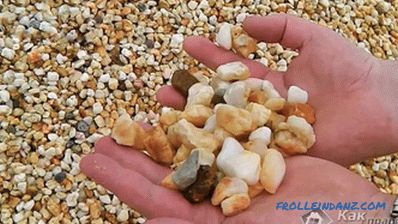 Resolving the issue how to make concrete begins with the proper preparation of its fractions. For this, gravel and crushed stone, which are the initial components of the building concrete mix, are sifted with a specified sequence through special filtering grids with cells of different grain sizes.

By gradually sifting through three different grids, it is possible to obtain from the initial gravel mix three independent fractions, each of which contains particles of "its" size. The mixture of these fractions is the initial gravel component, which is then used in the manufacture of concrete. 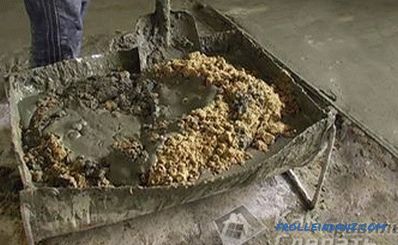 Mixing fractions Depending on the requirements for the ready-mixed concrete, there are several schemes for mixing the fractions obtained from gravel, expressed as their percentage. The most widely used variant of the mixture, compiled from fractions according to the scheme 60 + 30 + 10 (in percent). In the case of the preparation of 2 fractional mixtures, the classical scheme of their mixing in the proportion of 30 + 70 percent is usually used.

The sand component for concrete is prepared in the same way as the gravel component we considered earlier. At the same time, the source material (preferably river sand) is sifted in the same way through a number of special nets with appropriate graininess. As a result of such screening, sand particles are divided by the size of sand grains into fine-grained and coarse-grained fractions. Their percentage ratio is usually determined by the requirements imposed on the characteristics of the finished concrete mix in each particular case.

What is needed cement

Prepared in accordance with the requirements existing standards and thoroughly mixed sand and gravel mix (ballast) will allow you to end up with a sufficiently dense and high-quality concrete, with the minimum amount of cement component. When preparing it, it is recommended to adhere to the following recommendations:

In the case when you make foundation concrete (the proportion of ballast and cement 1: 5) - it will be easier and faster to work with a concrete mixer. In this case, the decision on how to make concrete is implemented as follows. First, water is poured into the mixer, to which cement is added. After the addition of sand and gravel, kneading should continue until the concrete mass becomes homogeneous in appearance. Water should be added to the composition until the solution acquires a sufficiently plastic appearance (but it does not look excessively liquid in this case).

By its consistency, the concrete should resemble liquid clay. 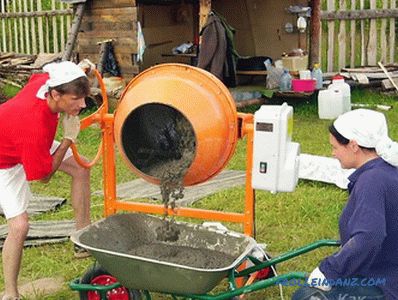 How to knead concrete

In manual preparation of concrete, the following actions are usually performed :

One of the methods for producing concrete is presented in the following video: 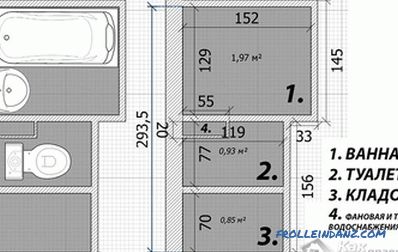 Thanks to the development of standard construction, the housing problem for many families can be resolved relatively simply. It all comes down to the financial side of the issue. But often in use co...

Today laminated floors are very popular. And all due to the fact that this type of coverage has a number of advantages. First of all, it is worth noting its low price and ease of installation. But...

Wooden ceiling do it yourself - manufacturing and design (+ photos) 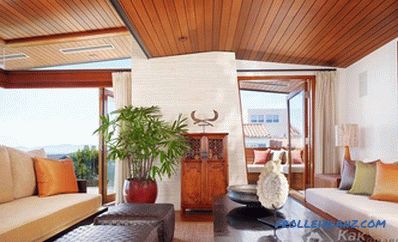 There are certain things that talk about high status or create comfort. One of the building materials that boasts such qualities is wood. A wooden ceiling with your own hands is not only an opportun... 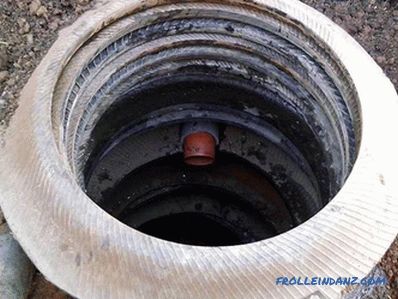 Any modern well-equipped housing should be equipped with high-quality and reliable sewage system. However, in many suburban areas it is not always possible to organize and connect to communications....