At the moment, expanded clay is the most popular eco-friendly insulation. This building material is distinguished by its small mass and cellular structure. The density of expanded clay, as a rule, has relatively low values. But it is noteworthy that one of its main characteristics is precisely the bulk density of expanded clay. After all, this feature of the material allows in the future to correctly select fractions. And for the full quality characteristics of haydite it is just necessary to take into account the size of the fractions, the volume and the proportion of this material. 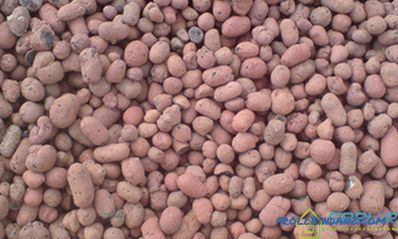 Production of expanded clay takes place during the firing of specialized clay. Initially, this raw material undergoes all the necessary processing, and then it is subjected to a sharp thermal effect. In about 20-40 minutes the temperature rises from 1050 degrees to 1300 degrees.

Thanks to this, the raw material swells and acquires a new structure - cellular or, in other words, porous. In this case, the surface of the granules themselves is melted, as a result of which an almost perfect hermetic shell appears. That is why granules have such high strength and become much less susceptible to mechanical stress.

Despite the fact that the density of the material under consideration is rather small, the mechanical strength here is rather high. Due to the special structure of the granules, expanded clay is able to withstand high loads and protects many types of objects from destruction. And the sizes of the granules themselves allow us to distinguish these types of this raw material:

As for the last point, expanded clay crushed stone has a fraction of 5-40 mm. It is produced by crushing gravel into small particles. The most popular fraction of expanded clay rubble - from 0 to 10 mm. The common name of such rubble is crushed clay.

There are several special modes of clay processing. It is thanks to these modes and it is possible to achieve the required density of expanded clay gravel:

As mentioned above, one of the most important characteristics of claydite is density (kg / m3). And it is bulk density. The quality of expanded clay, as one of the most common heat insulators, also determines the volume of grains, porosity and bulk bulk density. The density of expanded clay gravel varies depending on the specific brand. But in general, it takes indicators from 250 to 800 kg / m3.

The limit values ​​of the marks associated with the bulk density are established by GOST 9757-90. The lowest grade of expanded clay gravel and rubble is M250. The maximum brand is M600. Although in agreement with the customer, higher values ​​are permissible. Expanded clay has slightly different indicators - from M500 to M1000. It should be borne in mind that the minimum specifications are reference, but the maximum required to comply. Thus, it becomes clear that the lighter the clay, the better its quality indicators (of course, when comparing the material of the same fraction).

When various calculations are made, it is important to keep in mind two types of claydite density: specific and true.

The specific density of expanded clay, first of all, is a variable. It depends on the specific type of material under consideration. Thus, this characteristic can take the following values:

The true density of expanded clay, a constant quantity, is the mass per unit volume of this material in a dense state (Pu). This indicator is necessary in order to determine the proportion. So, for its calculation it is required to divide the weight of the dry material by the volume of the substance itself, but the pores are not taken into account. It is clearer to derive the following formula: Pu = m / Va, where Va is the volume, m is the mass.

How to collect houses from CIP panels

CIP panel is a building material inside which there is a layer of insulation, and the outer part is a layer of OSB. Insulators Inside the panel there can be different types of insulators, each o... 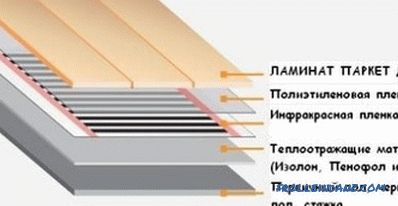 Today laminated floors are very popular. And all due to the fact that this type of coverage has a number of advantages. First of all, it is worth noting its low price and ease of installation. But... 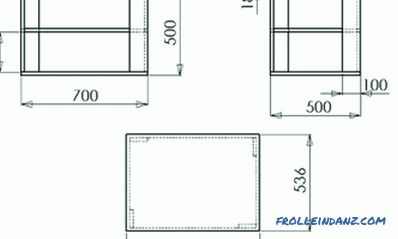 Chipboard table can be made with your own hands. This will require a hammer, tape measure, screws, screwdriver, pipe with a diameter of 30 mm, flanges, jokers, jigsaw, castors and chipboard 16 mm t...

How to drill a concrete wall with a perforator, drill 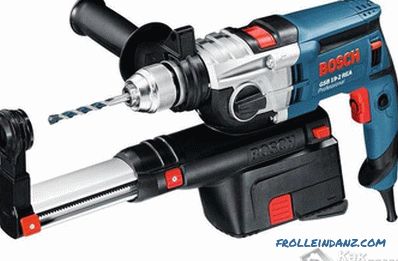 Walls and ceilings of modern buildings are most often made of monolithic reinforced concrete slabs. It is well known that concrete is a material of increased strength, the handling of which requires...

How to make a formwork with your own hands 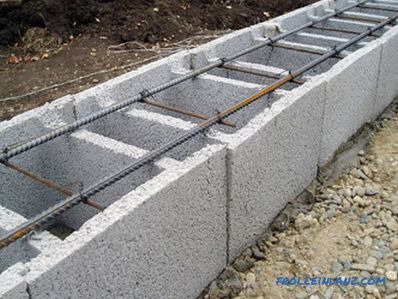 Decking is a technological design used to create a closed volume in order to take liquid or loose products and give a certain shape. In this article we will tell how to make a formwork with your own...