What is the assignment of an apartment in a new building and possible risks?

For the sake of profit, many real estate investors sell apartments at the final stage of construction, when the cost of housing has increased (and not once) from the start of the project, but there are no apartments left from the developer. To make such a deal is possible only by transferring ownership of an apartment in a new building, what this means and what nuances you should be aware of in order to protect yourself from the most likely risks - read in this article. 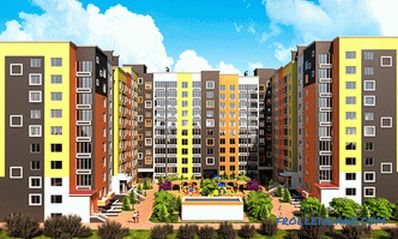 What is the assignment of property rights

Before you know how safe the purchase of real estate is according to this scheme, you need to understand what is the assignment of an apartment in a new building, to legally clarify significant aspects associated with this type of transaction.

The transfer of ownership is the only way for a shareholder to sell an apartment in an unfinished house before it is put into operation. Therefore, it comes to assignment only when the seller is not a developer, but a physical one (equity holder who bought housing from a developer) or a legal entity (contractor company, organization investor). This method of transferring rights to an apartment is provided for by the federal law “On Participation in Shared Construction”. And it is possible from the moment of state registration of the contract of participation in construction (DDU) until the date of delivery of the house.

The assignment of an apartment is a transaction, the result of which is the transfer of property rights to residential premises. But, since we are talking about an apartment in a house under construction, along with the rights to it, the duties of the real estate investor are transferred. In fact, the object of sale is not the housing itself, but an agreement under which the buyer can become the owner in the future (DDU). Up to this point, the apartment is not actually an existing object, but only conditional, with conditional data and numbering (the postal address, the exact area and apartment number become known only after the house is commissioned). The actual transfer of the apartment to the new owner is carried out according to the deed of transfer and only after obtaining permission for commissioning.

Instead of the word "assignment" in official documents there is often a legal term - cession. The agreement on the transfer of rights and obligations under the DDU is subject to state registration.

Important! Failure to comply with any of the legally relevant conditions may lead to the recognition of the transaction as invalid.

Assignment transactions are divided into two types, depending on whether the seller is an individual or an organization (legal entity).

1. In the first case, most often we are talking about getting a benefit due to the difference between the prices at the stage of the excavation and at the final stage of construction (a couple of months before putting the house). Also, the seller is driven by the desire to avoid paying tax. While the co-investor does not become the owner, he is obliged to pay income tax on the sale of an apartment (PIT), but at the same time save a substantial part (the tax will not be calculated on the cadastral value, and therefore without an increase by a factor of 0.7). But by registering a property, the owner is obliged to pay a 13% tax on the cost of the sale (if he owns the apartment for less than five years). What risks may arise when transferring rights from a shareholder to another individual?

When making an assignment contract, the shareholder changes in the current PSD. At the same time, the new shareholder must agree on the conditions of the developer, which have been agreed with the previous participant in the shared construction. To make changes to the DDU is no longer possible. But this is its plus. All obligations of the developer remain the same - the new interest holder will receive the specified apartment at the agreed price and in the stipulated time.

2. In the second case, if the rights and obligations under the DDU are transferred to the legal entity, the procedure for processing the transaction is not too different from the previous version. The only requirement for an organization is that settlement with the developer must be made in a cashless form and only after the state registration of the DDU. 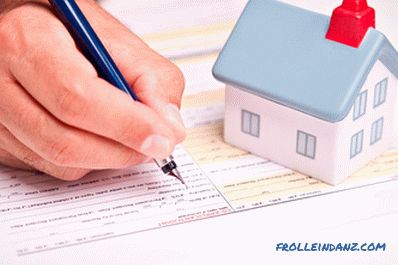 Attitudes of developers to assignment and coordination

According to the current legislation of the Russian Federation (namely, federal law No. 214), it is not necessary to agree on the transaction if the price of the assignment agreement is fully paid . If the payment is made only in part, the consent of the developer is a prerequisite for the transfer of rights to the apartment. This is a general rule from which there are exceptions. If the developer in the DDU prescribed a direct requirement: "the assignment of rights without the consent of the developer is impossible" - then the equity holder is obliged to comply with the terms of the contract, under which he signed his signature.

Not all developers welcome rights assignment transactions. Some simply register in the DDU the need to agree on the assignment transaction. Others prefer to receive benefits: they charge a fee for the possibility of transferring claims to another person in the amount of 1-15% of the apartment value.Who exactly should bear these costs is not clearly spelled out in the legislation; everything depends on an agreement between the parties. Most often, these costs are covered by the first shareholder, who agreed to the terms of the developer. However, in practice, the seller often overestimates the price of the apartment to make up the difference.

And still others prescribe in the DDU a direct ban on the execution of this transaction. Which, by the way, is not entirely legal and can be challenged in court (if earlier the practice showed the senselessness of such appeals by real estate investors, now there is a positive trend - judges are increasingly taking the side of the participant in shared construction).

Important! Even if there is no clause on prohibition or mandatory approval in the DDU, the parties are obliged to notify the developer about the change of the shareholder.

To understand whether there are "pitfalls" in the deal, you need to know the motives that drive the seller. In the case of the transfer of rights to an apartment in a house under construction, everything is very clear and understandable. The seller wants to get profit and avoid taxes. And it does not matter who acts as a shareholder - a private owner or organization.

In this case, the probability of encountering fraudsters is not excluded. To avoid risks (loss of money and housing), it is worth checking: 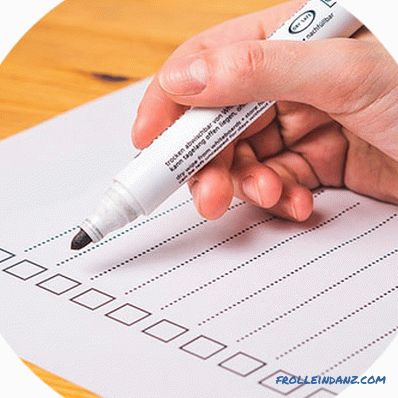 The first three points are associated with the risk of unfinished construction: the seller can move the desire to get rid of such an object without losing money . A clear sign of "frozen" construction, when 70% - 80% of apartments sold, in a certain house, are offered under the contract of assignment, and construction work on the object is completed only by 20-40%.

The last two are associated with the risk of losing all investments, or with the risk of unforeseen expenses. If the previous equity holder did not fully pay or did not pay for the apartment at all, the obligation to pay will be placed on the new participant in the shared construction (even despite the fact that he has already fully paid off with the seller).

As practice shows, there are also frequent cases when sellers are trying to cheat by offering to transfer rights under a preliminary DDU. Such an agreement is not legally binding, because it is not even registered in the regaliae. Such fraudulent actions are often accompanied by double sales and always end up with a loss of money and housing for the deceived buyer.

A simple, albeit incomprehensible at first glance, assignment transaction is complicated when payment is made at the expense of mortgage funds. Consider three different situations and procedures in each of them.

1. The seller bought an apartment at the expense of mortgage funds. The main question is how to transfer real estate rights if a bank has imposed a charge?

If the seller has purchased a mortgage apartment, the assignment transaction will be possible only after the debt is fully repaid. You can repay the loan at the expense of the buyer in several steps (but only on condition that the buyer has cash):

2. The buyer acquires an apartment in a mortgage - how to make a deal and reduce costs?

A loan for an object ready for delivery and realized by assignment of rights is not granted at all banks and for a rather large percentage (not that at the initial stage construction - instead of 9.5% per annum - 11-13%). In connection with this circumstance, the buyer has the right to demand from the seller a substantial discount. If there are not so many people who want to buy an apartment under the contract of assignment, the other party will have to meet them halfway.

To get a loan, the bank opens a special account for the client, to which the borrower is obliged to deposit a down payment. There also come credit funds. The procedure is completed by transferring the entire amount to the seller’s account, which is carried out only after the state registration of the contract of assignment (in the register).

3. Both parties make a purchase at the expense of mortgage funds.

If two “mortgageers” act as parties to the transaction, it is still possible to transfer the rights if the first shareholder receives consent from his lending bank.

Of course, the transaction on the assignment of housing rights is complex and requires compliance with a number of legal nuances, as well as maximum care and caution, both from the seller and the buyer. But now you know how to avoid the most likely risks and draw up a contract. Do not forget about the standard risks associated with any real estate transaction (claims of third parties, relatives, sale by an incapable seller, a trustee, not entitled to sell an object, etc.). 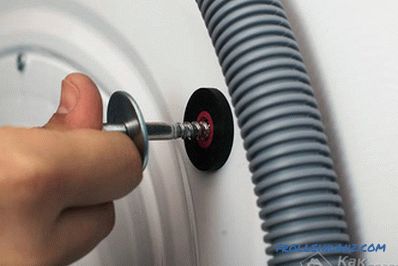 Today it is difficult to find housing in which there would be no washing machine. If you are faced with the problem of connecting the washing machine, then this article is for you. Preparing for i... 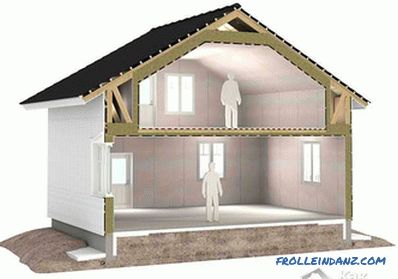 The equipment of the attic room significantly increases the living space of the house. Even an unheated room will serve as additional thermal insulation of the dwelling. A mansard roof is made in...

How to choose linoleum for the house or apartment + Video 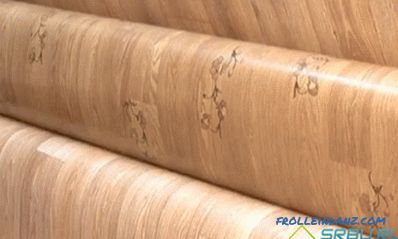 Today linoleum can be seen everywhere. In cafes and supermarkets, hotels and kindergartens, office buildings, hospitals and schools. This floor covering is appropriate in almost every room. Our apar... 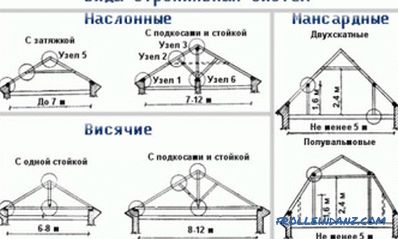 When building a country house or cottage yourself, a roof is usually erected with 2 slopes. It may be symmetrical or not. It is the easiest way to construct such a construction independently, witho... 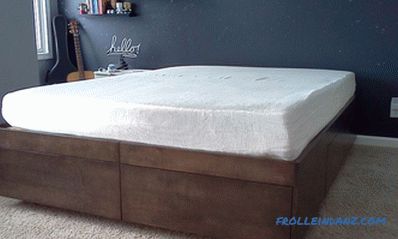 Paneled sides and comfortable drawers give this bed an elegant modern look. And thanks to the boxes under the bed, its owner receives a huge amount of usable storage space ... In this article, we wi...