Aerated concrete blocks, the disadvantages and characteristics of which we consider in this article, are becoming more and more popular every year. Many developers choose it as a wall material for their future home. 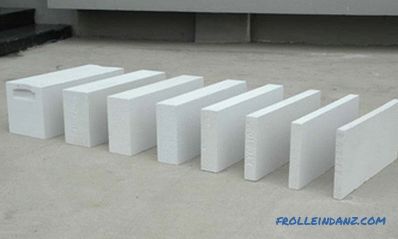 Aerated concrete blocks, like all building materials, have their advantages and disadvantages. So that later there will be no regrets, it is necessary to get acquainted with them in advance. After all, of the aerated concrete will be built supporting structures of the structure, the strength of which will become the basis of their own homes.

Aerated concrete is a block of autoclaved curing. The raw material for their manufacture is quartz sand, lime, cement, water, aluminum powder. All components are mixed and sent to an autoclave, where they are foamed under pressure (upon entering into the reaction of highly dispersed aluminum with an alkaline solution) and a porous structure is formed.

Classification of aerated concrete blocks, by brand, depending on density:

Despite its lightness, the material has the greatest possible strength. Aerated concrete is the perfect compromise between strength, lightness and optimal thermal insulation. Depending on the brand of aerated concrete (300-600), its compressive strength ranges from 1.5 to 3.5 kgf / cm2.

Aerated concrete blocks of the brand D600 and D500 - are structural and heat-insulating material with low thermal conductivity. This allows the walls to provide reliable thermal protection in the winter. In the summer, the building of aerated concrete blocks does not overheat. It maintains an optimal temperature for living.

Aerated concrete blocks are non-combustible material of the highest class of fire resistance. Houses, enclosing and supporting structures which are built of aerated concrete, belong to the highest (I and II) degrees of fire safety.

The measurement of the radioactivity of building materials is carried out using a qualification coefficient that has no units of measurement and is determined by laboratory. The radioactivity of aerated concrete blocks is significantly lower than all acceptable norms. During operation, aerated concrete does not form toxic components. According to environmental characteristics, it is not inferior to natural materials.

Weight of a standard block of aerated concrete with a size of 625x100x250 mm. makes 8 kg. with an average density of 500 kg / m 3 This allows to significantly reduce the consumption of the solution and reduce the time of construction.

Aerated concrete blocks are an unfavorable environment for the development of mold, fungi and bacteria that do not appear in it even at a temperature of 30 ° C and air humidity of 98%. By these indicators aerated concrete surpasses wood and does not require antiseptic treatment. 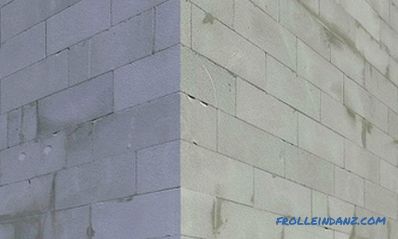 On the disadvantages of aerated concrete blocks

- 1. Due to low compressive strength and low bending resistance of aerated concrete is a brittle material. The strength of aerated concrete walls is directly dependent on the correct device The foundation should be erected, which gives minimal shrinkage, otherwise gas blocks will begin to crack within a couple of years after construction. A tape solid foundation and reinforcement of block masonry are recommended, with a grid every 2-3 rows.

- 3. Aerosols are a weak base for fasteners. Fixing massive objects in aerated concrete walls is quite problematic. Plastic butt plugs do not always come to the rescue, unlike self-tapping screws, which twist well and hold perfectly in the walls. But there is a danger of their oxidation, after which they can rust and become unsuitable.Although there are some fasteners that hold up pretty well.

- 5. Aerated concrete has relatively high levels of free lime, which contributes to the activation of the corrosion processes of metallic inclusions: reinforcement, pipeline, frame, jumpers.

- 6. The low cost of aerated concrete blocks, declared by manufacturers, given the guaranteed durability of the material, is somewhat exaggerated.

- 7. The durability of aerated concrete is in doubt due to the fact that mass building of gas silicate blocks began relatively recently, and predictions of their fundamental nature have not been confirmed by anything.

The main disadvantages of aerated concrete blocks are listed. In addition to them, there are a number of shortcomings that are more likely to be associated with violations of the technology of masonry aerated concrete blocks and with the desire to implement developers, more expensive material. A detailed examination of these shortcomings often proves their groundlessness.

You can use completely different materials for building a house with your own hands: brick, wood, aerated concrete, etc. They all have their advantages and disadvantages and can be successfully used in certain conditions.

Screed under the laminate with their own hands 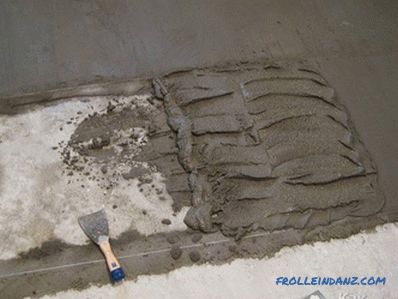 Laminate flooring makes the interior of the apartment attractive and modern. Beautiful and practical material is quite simple in the care and installation, but with the manufacture of the basis for... 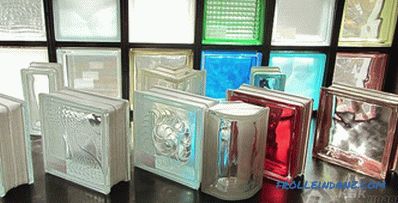 Today, glass blocks are increasingly used in the design of an apartment, a private office or at home. They not only visually increase the space, but additionally illuminate it. The ease of use of gl... 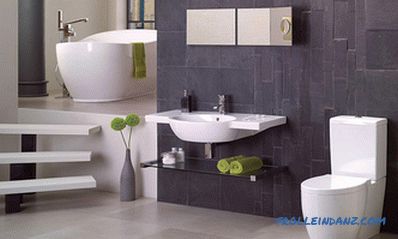 A huge number of manufacturers producing toilet bowls of various price and quality segments are on the market. Even more represented by the models themselves from the most simple and compact to comp...

How to make an infrared floor with your own hands 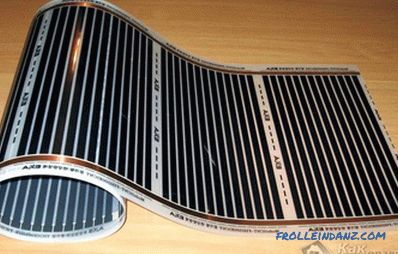 Thanks to the development of production technologies, new materials constantly appear on the construction market. The choice is expanding all the time, and the same task can sometimes be solved in s...

How to make a corner ceiling plinth 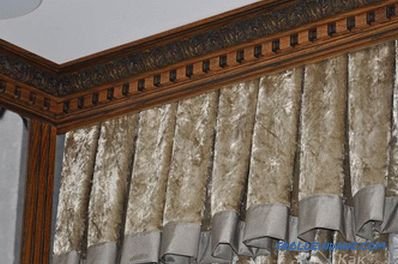 The finished appearance of the ceiling and walls can be given by focusing on the baseboard for the ceiling, securing it around the perimeter of the room. Before choosing it and finishing it is bette...