During the operation of heating systems, situations often arise when the normal operation of the batteries is disrupted due to the formation of air plugs in them. The undesirable consequences of such a violation should include the appearance of extraneous noise in the radiators, as well as a sharp deterioration in the quality of heating. In the article we will tell how to bleed the air from the heating battery in an apartment without help.

Before starting work, it is advisable to understand the reasons for the formation of traffic jams, which are most often explained by defects in the design of radiators or their incorrect operation. Only after their removal will it be possible to proceed to the direct removal of air from the system. 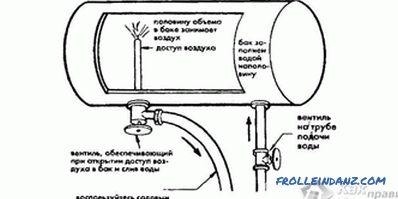 Removal through the expansion tank

The choice of the method of bleeding air from the heating system is determined by what type of coolant circulation in the batteries you are dealing with (natural or forced). With the natural circulation of the coolant, the air that accumulates in the upper distribution of pipes is easily removed through an expansion tank installed at the highest point of the system.

In systems with forced circulation, a small air collector is mounted at the upper point of the wiring, designed specifically to remove traffic jams. It is possible to release air from such a system only when the supply pipe is laid with a slight rise in the direction of movement of the coolant; at the same time, air plugs rising with it are removed through special valves installed at the highest point.

For any circulation method, the return line of the pipeline (the so-called "return ") should be laid with a slight bias towards the flow, which allows, if necessary, to quickly drain media from the system. 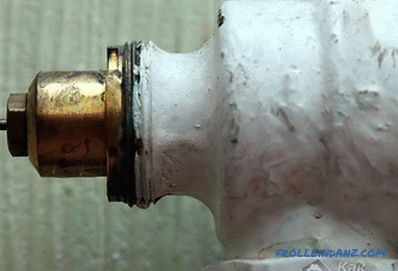 Known mechanisms used to divert air from heating systems can be divided into manual and automatic. Manual instruments (or Mayevsky's taps) are small and are installed, as a rule, on the end section of the radiator. The control of the valve during air bleeding is carried out using a special key, a simple screwdriver, and sometimes manually. 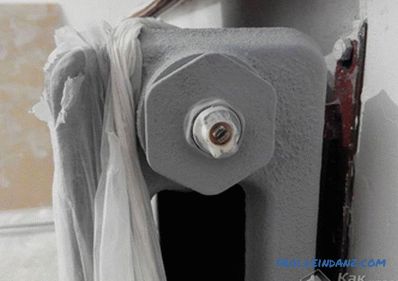 You can use a flat screwdriver

Bleeding air with a Mayevsky valve should be done after a full cooling of the coolant in the system (i.e. when the batteries are cold). Because of their small size, Mayevsky's devices do not differ in high performance and are usually used only to eliminate local faults.

Automatic air evacuators are used in closed-type heating systems and operate without direct human involvement. Distinguished by high performance, they are quite sensitive to the content of impurities in the coolant and are mounted together with filters that are installed both on the supply and on the return branch of the heating system.

To improve the efficiency of automatic bleeding systems, they are made multi-stage, which makes it possible to separate the air in each group of devices. In that case, if the pipes are mounted with a slight bias in the direction of the movement of water - the air in them is accompanied by an increased flow of coolant, which usually leads to a gradual increase in pressure in the system. 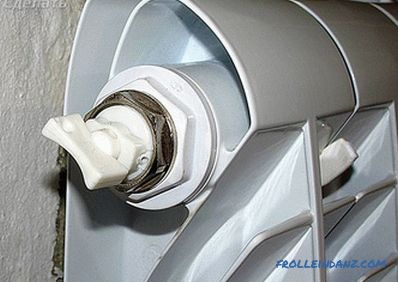 Now many people have become in houses and apartments to install aluminum batteries, so there may also be a quite reasonable question about how to pull the air down from the bottom. Here, too, there will be no difficulties, since in most cases, the valve of Mayevsky, already familiar to us, is installed in the battery, so the process of air bleeding occurs exactly the same way as with cast iron batteries.

We also note that a decrease in pressure in pipes is a sign of a breach of the system’s tightness, and the appearance of a noticeable temperature difference indicates the presence of air plugs in radiators.

Example of removing the airlock:

Polyfoam as a heater, its characteristics and scope + Video 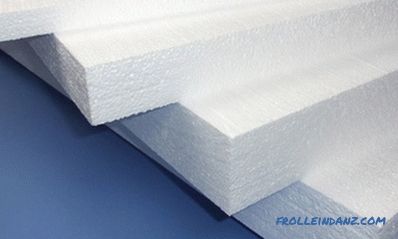 Of all the insulating materials in their arsenal, builders most often choose foam plastic. As a heater, foam plastic has been used for quite a long time for thermal insulation of both large construc...

How to choose a laminate for an apartment 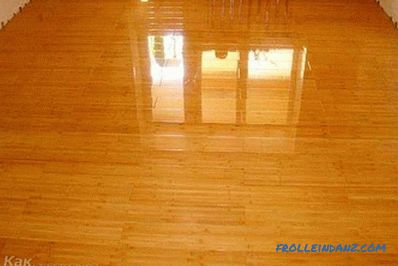 When making repairs in the apartment, the owners tend to choose high-quality flooring, and increasingly prefer laminate. What is the advantage of this flooring over the other, and how to make a choi...

How to fix the ceiling cornice - eaves mounting technology 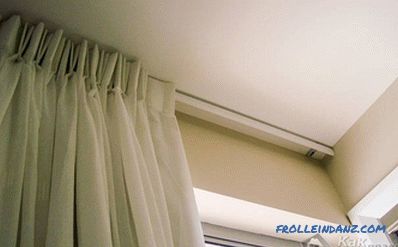 Well-chosen curtains are an integral part of a cozy room. Modern technology of their fastening offers to use the wall cornice. It is easily attached to the ceiling from any material, allows you to h...

How to fasten the wall paneling: preparation and installation (video) 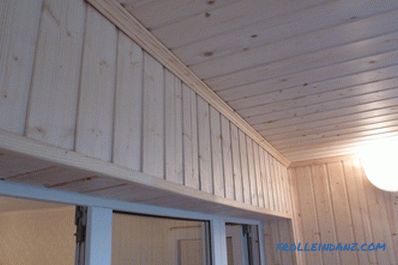 Lining is a common material for cladding various surfaces. The material will be well located if you hold it to the walls, floor, ceiling. Therefore, it is necessary for every master to know how to... 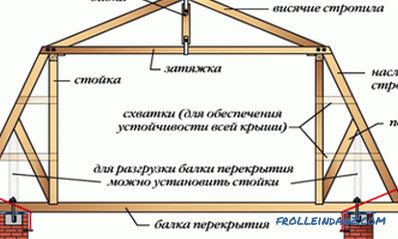 Installing the rafters, as well as creating the entire roof, is a very important process. Taking into account the fact that the base of the roof can be fixed to the wall, using the available means...