How to fix a leak in the toilet

The toilet, like in other rooms, should be dry. If this is not the case, then you should immediately address the troubleshooting. Leaking water may not be very annoying if it does not fall on the floor, but just pours from the cistern into the toilet. But it must be borne in mind that a slight undermining can turn into a stream, making annoying sounds. In this article we will talk about various types of leaks, help with practical advice, set out detailed instructions, which explain how to fix the leak in the toilet.

Types of leaks and how to eliminate them

At first glance, it may seem that finding where it flows is easy and simple, but this is not always the case, as you will now see. 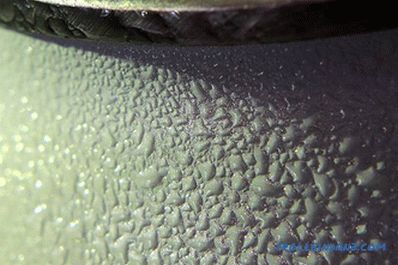 Condensate on the cistern

The cistern of the cistern is different, There can be no standard approach, but there is a common problem - imaginary leakage when there is water on the floor, but the tank does not leak. Immediately it should be noted that this is possible only in the cold season. How does a puddle appear on the floor if nothing leaks? The answer is simple. But many people, unknowingly, repeatedly sifting through all the compounds, spending a lot of time and sealant on this, could not find out the reason. The fact is that in winter the water is very cold, and when it enters the tank, condensate is collected on it, which drains onto the floor, forming a puddle. If the problem is not dealt with, then a fungus may soon start or you will have to make repairs at the neighbors below.

There are several ways to fix the problem, or at least to reduce the amount of condensate:

Now let's talk about the real reasons for the formation of puddles on the floor.

Faults in the drain tank 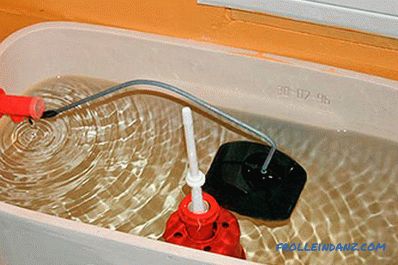 Does not hold the inlet valve

Water trickle in the toilet - The reasons for this phenomenon may be several.

Does not hold shut-off valve

To find a fault, you must remove the tank cover. If the button is on top, then it can be connected to the drain mechanism. 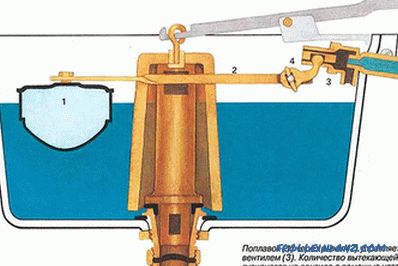 Schematic diagram of the drain tank

Structurally, the tanks may differ significantly, but the principle of operation of all models based on the fact that the float controls the valves, blocking the water when it reaches a predetermined level. This is clearly seen in the diagram above.

The device of the toilet cistern

The problem may be that the valve is improperly adjusted or broken adjustment. Each tank is provided with protection against overflow, and if the valve does not hold well, then the water will drain into the toilet. Most often in this case, it is enough to perform the adjustment by changing the position of the float lever, thereby lowering the water level. In some cases it is necessary to replace or repair a leaky float.

If the problem is resolved, then no further action is required. But if this did not help, then you will have to repair the valve - replace the rubber seal. A non-collapsible valve should be replaced completely. Such a failure leads to waste of water.

Does not hold the exhaust valve 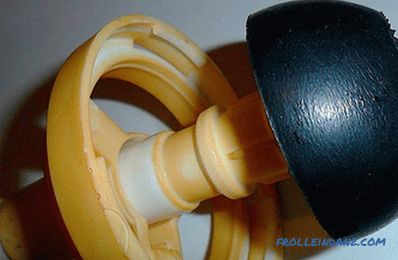 Often water flows out of tank through a tightly closed exhaust valve. To check whether this is so is not difficult - just remove the lid and slightly press on the valve.If the flow stops immediately, then the cause is found. In this case, the seat is checked and, if necessary, cleaned. Then the cuff / pear is changed. It happens that after the repair, the trickle in the toilet does not disappear. Then you need to install a load over the valve (if possible). Due to this weighting, the rubber part will more closely adhere to the edges of the socket and stop flowing water.

Sometimes a kind of incident happens - after flushing the toilet water is constantly flowing and the tank is not collected, although before that everything worked properly. The cause can be easily detected by removing the tank cover. Most often, the culprit is a float that drops so low that it prevents the valve from returning to its place. If you cannot adjust the position of the float, you can make a limiter: attach a kapron thread to the float lever, fixing its second end so that the float remains elevated, but does not shut off the water supply.

If the float does not interfere, then you need to check how freely the valve moves. If he sticks, you need to figure out why and eliminate the cause. 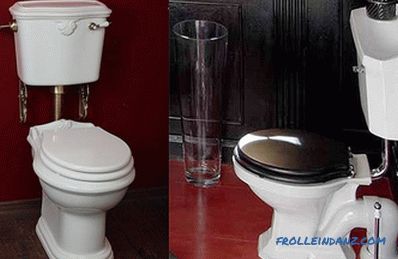 Toilets with a hanging tank

Many toilet bowls are equipped with a tank, mounted on the wall. Good or bad, to decide the owner, we will focus on a problem that may arise. Often, condensate is collected on the tank itself and it drains onto the floor, misleading the wearer regarding the source of moisture on the floor. To find a leak, you need to wipe everything dry, and then, pouring water, look for where it appears - most often it can be the connection points of a pipe with a cistern or toilet bowl, but sometimes there is a fistula in the pipeline or a crack is formed.

If the source cannot be found, then the entire pipe should be wiped dry and wrapped in toilet paper - when water is drained, it will immediately get wet in the problem area. Most often, the malfunction can be repaired by using a sealant. Put the clamp on the pipe or stick it. 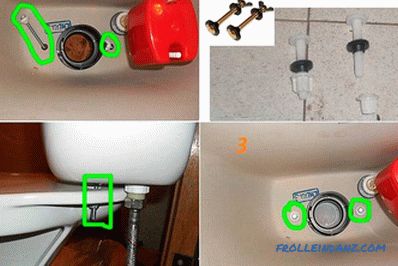 The device of toilet bowls compact

If a new toilet is installed , the leakage may occur at the place of attachment or junction of the tank to it.

Installation steps of the tank

Often, leaks occur when the installation is not properly performed, but it also happens that after a long period of operation, the tank suddenly starts to leak. The reason is trivial - the gaskets have ceased to be elastic, or metal washers that have been installed on the fastening screws have rotted. Anyway, it is necessary to dismantle the tank, change the gaskets, fasteners, and reassemble. The entire assembly process is described here.

Sometimes it is not easy to disassemble the tank due to the fact that the nuts are attached to the screws and can not be unscrewed. In this case, you can use the grinder with a thin cutting wheel (or hacksaw blade) in order to saw the old fasteners. Most often for the separation helps the gap between the toilet and cistern. 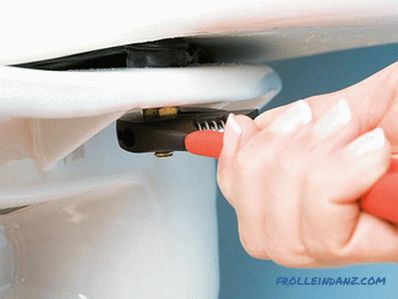 The fastener should be of stainless steel

The new fastener may be plastic, copper or metal, but only with anti-corrosion coating.

Leak on the drain

Now let's look at the possible causes of leaks on the drain into the sewer. You should flush the tank and check where exactly the leak appeared. If the toilet is inserted directly into the socket, then pay attention to how tightly it is seated. Sometimes it happens that the gasket is squeezed into the pipe during installation. If possible, it is better to dismantle the toilet, insert the gasket and install the plumbing fixture in place. Alternatively, you can try to cover the gap with sanitary sealant.

If a large crack appears in the toilet, then it must be replaced. There have been cases when, under the weight of a person, this product fell apart, and its sharp edges led to serious injuries. 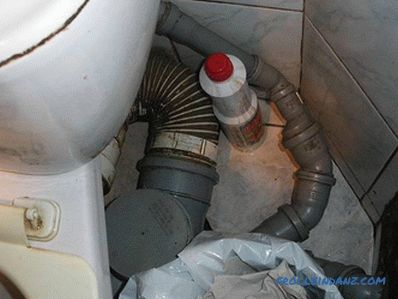 The leaks of the corrugation of the toilet bowl

When the connection of the toilet bowl with the sewer system is made on the corrugation, then, besides the above points , you need to check the entire pipeline. The fact is that more often a cheaper, but less durable corrugation is acquired, which can be easily damaged not only from the outside, but also from the inside. 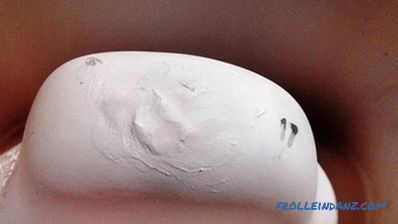 In addition to the above listed possible leaks, after Installing a new toilet can be faced with a problem - the flow of the sanitary device itself. Here is the episode that one master told us.

The hostess asked him to buy a toilet along with her, which was done. The next day after installation, the woman called the master, saying that there was water on the floor. The master arrived and saw that it was flowing from under the toilet.After removing the product, the man could not understand for a long time what the reason was, but then using a mobile phone he made a video of the inside of the product - there was a place that was not enameled.

They made a replacement, but the next day the hostess called again and said that when flushing around, a puddle was going to again. Without long descriptions of the search for the cause, let us say that this time the leak was on the outside of the rim - the seam was not enameled there either.

This toilet was also replaced, but a product from another manufacturer was taken instead, and problems were no longer observed.

As you can see, when searching for a source of water leakage a possible marriage cannot be ruled out.

With such a database, you can find the source of the leak and fix the problem. If you have any questions, write them in the comments, and we (or our expert) will be happy to help you with good advice. 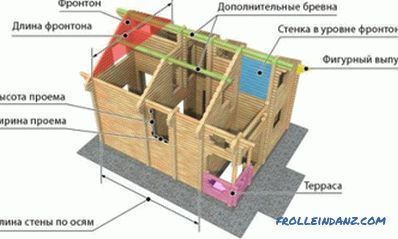 Log wooden houses are not comparable with anything in their attractiveness and originality. But wood is prone to collapse. Only a well-performed felling treatment can eliminate this destruction....

The device of a septic tank of concrete rings 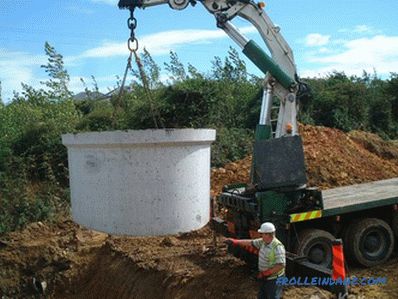 In the conditions of private home ownership, the issue of providing housing with communal amenities is quite acute. One of the most pressing tasks is the disposal of waste. For these purposes, an au...

How to choose an oil cooler - choice of oil heater 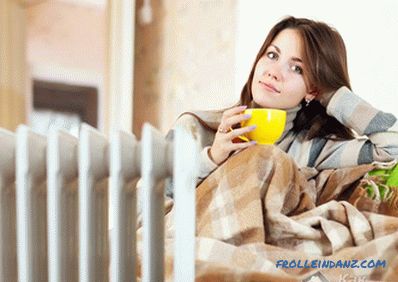 The beginning of cold weather makes you think about the issue of heating a home. In the case when central heating does not warm the rooms enough or the heating season has not come yet, it becomes ne...

What floor to choose: parquet or laminate 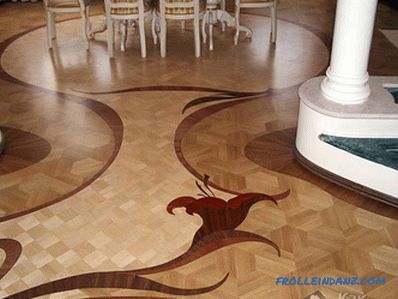 Parquet and laminate today are competitors in the market. Some consumers prefer a more economical coating of laminate, and some - natural and environmentally friendly parquet. To determine which is...

Building technologies do not stand still. Already a thing of the past, or almost gone line, hydro, malki and plumb lines. To replace them come more and more "smart" tools, among them not the last pl...