Insulating materials today release so much that my eyes run. Some of them serve for a long time, others - not very. They differ from each other both in technical parameters and in structure. Common to most modern heaters is that they are made of artificial substances. On their background, ecowool stands out, whose technical characteristics are determined by the natural origin of the material. It consists only of fluff pulp fibers and natural antiseptics with fire retardants - otherwise, wood and minerals. In addition, ecowool does not have a porous structure, like other heat insulators, but capillary. 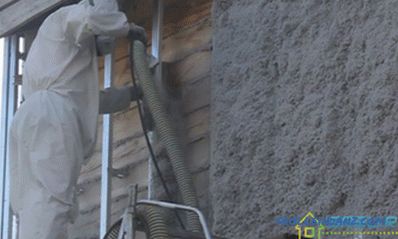 What is ecowool: initial components and use

Several types of raw materials are used to manufacture ecowool.

1. Waste paper and cardboard production. This, in particular, can be:

2. Old newspapers and magazines, books, paper, cardboard. This raw material is considered second-rate, as it is more polluted. In addition, the waste paper is very heterogeneous - it may include different types of paper.

80 percent of the volume of ecowool is cellulose fibers made from recycled materials. Another 12 percent belongs to boric acid - a natural antiseptic. This substance is designed to protect the insulation from bacteria and fungi. The remaining 8 percent is the proportion of sodium tetraborate flame retardant. It not only increases the fire resistance of the material, but also adds insecticidal properties to it. When wetted, ecowool becomes sticky. This is due to the lignin contained in them.

As ecowool insulation is used quite often today. It is used for thermal insulation of industrial premises, offices, warehouses, trade pavilions, as well as residential buildings. It is very practical to isolate with this material those rooms where it is constantly humid and there is a high risk of condensation.

Thermal insulation using ecowool can be done in three ways:

1. Dry application - used mainly in holiday cottages. So warmed attic space, internal slopes of the roof, floors and walls with floor. For this purpose, special equipment is used that delivers the material through the hose and the master slowly pours it onto the floor. If it is necessary to fill the inner part of a wall or an inclined ceiling with a heater, then use the hose again, slowly filling up the recesses. 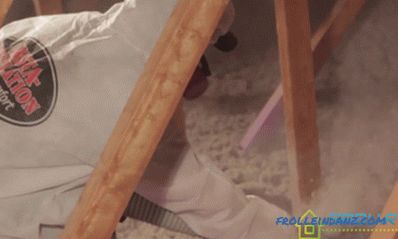 Dry ecowool is applied to the surface of the attic.

2. The wet method is used when in the future it is necessary to sheathe a warmed wall. At the same time water is added to the starting material. The mixture, drying, forms a rather dense layer. 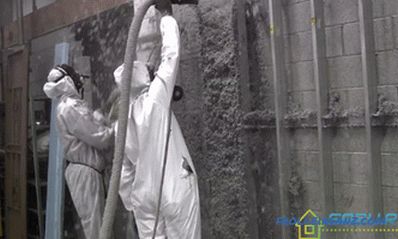 Wet method of application. During the work does not create such a large amount of dust. 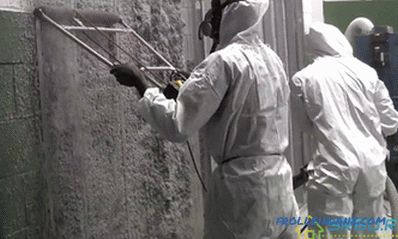 3. The glue method is used if it is necessary to warm metal or reinforced concrete structures. For example, so isolate the ceilings and walls of hangars. Adhesive properties of the adhesive mixture are very good, so the coating adheres perfectly to the surface. It is durable, the skin outside is not required.

Material properties as a heat insulator

Ecowool keeps heat very well. This can be judged by the value of the coefficient of thermal conductivity - it is from 0.032 to 0.041 watts per meter per degree Celsius. In addition, due to the absence of seams, no cold bridges appear in the coating. Ecowool can fill all, even the smallest, cracks and voids, which distinguishes it from other heat insulators.

Any type of surface can be filled, coated or laid with this cellulose-based insulation. Monolithic ecowool coating, despite its low weight, has excellent thermal insulation properties. And this happens for the following reasons:

And here, the characteristics of ecowool are high. It absorbs extraneous sounds "with a bang" - it has been repeatedly tested empirically. Let us give an example: having laid ecowool with only a ten-centimeter layer, it is possible to reduce the noise level by 60 decibels.

As you know, sound waves propagate well through gaps, wall, ceiling and floor joints, as well as cracks and voids.Since ecowool fibers are able to seal up these same cracks tightly, the sound when passing stumbles upon an insurmountable obstacle. Therefore, if there is a noisy establishment in a residential building on the ground floor, it is possible to adopt the ecowool. It will not allow dashing music from a nightclub or a karaoke bar to interfere with the peaceful sleep of the inhabitants of the house.

A lot is being said about ecology and the creation of materials that will not harm wildlife. At the same time, of course, they should not threaten human life and health.

As already mentioned, high quality cellulose fibers impregnated with antiseptic and fire-resistant substances form the basis of ecowool. These substances - boric acid and borax - are not more than 19 percent. Well, the remaining 81 percent is recycled newsprint, cardboard, book pages and other waste paper. By the way, the glossy paper that has plastic in its composition is not suitable for the production of eco-wool. This, for example, laminated book covers, as well as glossy paper with wax or polyethylene top layer.

It should be noted that this raw material is clean - the paper for the production of fibers does not contain harmful impurities, and additives in the form of a flame retardant and antiseptic are non-volatile. So we can conclude that this insulation is environmentally friendly. There can be no danger to life and health either during its installation or in the operation of insulated buildings.

Fire retardants that increase fire safety of ecowool are salts of boric acid. They do not allow the heater to ignite from an open fire - in the event of a fire, ecowool not only does not burn, but does not even melt. According to GOST 30244, it is assigned the group of flammability G2 (the so-called moderately flammable materials), and according to DIN 4102 - B1. If you remove the fire source, the insulation will go out on its own, without poisoning the air with poisonous gases.

The principle of action of flame retardants is as follows: they allow you to organize the process of burning with a minimum of combustible substances. Only carbon that is not harmful is released.

The composition of flame-retardant additives is such that when heated, water is released, wetting ecowool. That is cooled, and the fire can not continue on its way without having access to oxygen. So what happens is a slow smoldering, which stops when the temperature drops. Toxic gases are absent.

In the production process, ecowool of paper makes very thin fibers, and the material is quite dense, able to keep well imagine the air. And after all, the fixed air gap is one of the best heat insulators. The layer of ecowool insulation can be more or less dense - it all depends on the method of its application.

The ability to pass air

Since cellulose fibers are made of wood, they can, like other wooden materials, absorb water and then release it. So we can say that this heater "breathes" like a log or timber.

Moreover, a change in air humidity in no way reduces the conservation of ecowool. After all, it can absorb water 5 or even 6 times more than it weighs itself. Therefore, not a drop of moisture gets inside the house, and the condensate does not appear.

When it gets dry outside, the excess moisture (which can absorb up to 30 percent of the mass) easily leaves the insulation. After this, ecowool properties remain the same. It should be noted that the humidity of this material, like that of wood, corresponds to the humidity of the air around. With regard to vapor permeability, its value ranges from 0.3 to 0.54 milligrams per meter per hour per Pascal.

Speaking about the benefits of eco-wool, it is worth mentioning that it perfectly protects a person from hazardous substances released by asbestos, fiberglass, foam plastic and other modern materials.Moreover, ecowool itself does not contain any harmful impurities, without releasing them even during operation. Moreover, due to boric minerals, the ecowool-coated metal does not rust in a humid environment. After all, the pH-factor of an aqueous solution of these minerals is 9, and after interacting with other components, it becomes close to 8. And this means that the alkaline component prevails, and metal does not corrode. Minvat, by the way, does not give such an effect.

As time passes, ecowool properties remain completely unchanged. Manufacturers define her service life of not less than a century. English, German and American experts have already proved it by experience. After all, cellulose fibers were insulated at home for a long time. There are examples of buildings insulated with this material as early as 1900. They stand to this day, perfectly keeping warm. As for domestic studies, they can still talk about the fifteen-year service life of this material.

Cellulose fibers, light and rough, adhere perfectly to any material.

But not everything is so good in the ecowool kingdom and it, like other heaters, which we considered earlier, has its disadvantages, to which we have devoted a separate article: Ecowool - the disadvantages and advantages of a heater.

Types of glass for plastic windows and their characteristics 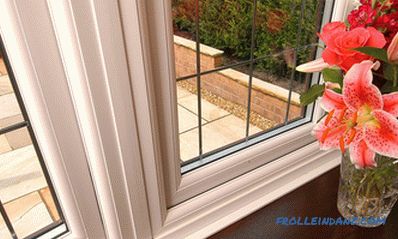 The heat-insulating and noise-protective properties of metal-plastic windows directly depend on the quality of the double-glazed window inserted into the frame. Many buyers mistakenly think that the...

How to connect plastic and metal pipes without welding 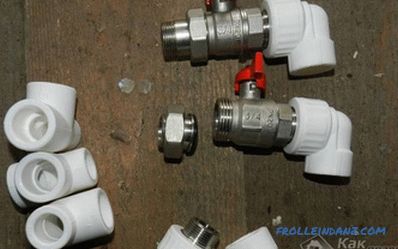 It will still not be possible to assemble the entire system of domestic plumbing and heating only from plastic pipes, no matter how much you want it to. Both heating radiators and heated towel rails...

How to choose a boiler for the apartment and house 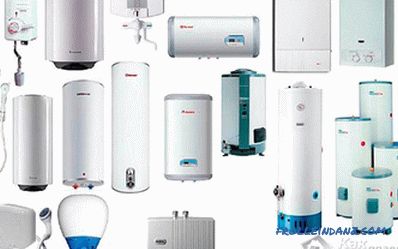 The boiler serves to heat the water. In addition, it can serve as a reservoir in which there is always a supply of hot water. Nowadays, when turning off the hot water in the summer is a variant of t...

How to glue wallpaper on the ceiling 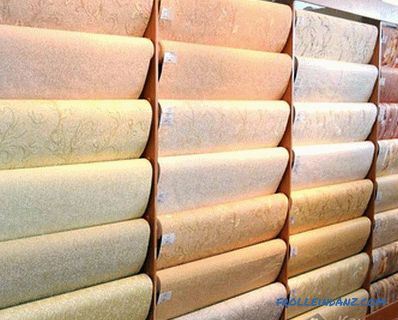 A wallpaper pasted ceiling can have a chic set of visual effects. This approach to finishing will help you to divide the room into separate zones and will help to create comfort in the home. This is... 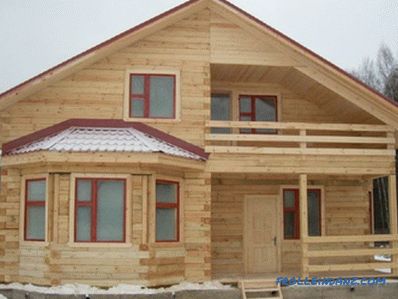 Land owners are increasingly making their choice in favor of building houses from a bar. An additional advantage of this solution is that with a strong desire, each owner can build a house from a b...