One-pipe heating system of a private house do it yourself

Installation of the heating system is one of the most important works that are part of the construction of your home. Before you do the work, you must decide on the choice of scheme. It is possible to choose one-pipe or two-pipe. One-pipe heating system of a private house is much easier for self-installation. It is simple, but reliable and efficient. Moreover, its assembly will require much less material. Next, we consider how such a system can be made, and how it differs from a two-pipe one and what are its advantages. 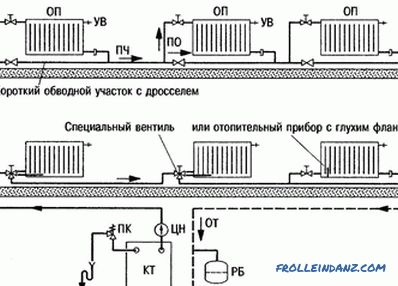 Let's look at how it works such a system. 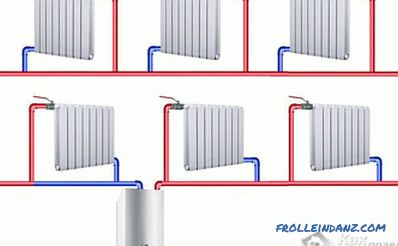 Scheme of such a heating system pretty straightforward. At the heart of everything is any boiler. It heats the coolant supplied through the pipe coming from the boiler. Why is such a scheme called one-pipe? Because along the entire perimeter one pipe is laid, which comes from the boiler and enters it. In the right places on the brackets are installed radiators and connected to the pipe. The heat carrier (most often water) moves from the boiler, filling the first radiator in the node, then the second and so on. At the end, the water returns to the starting point and the cycle repeats. There is a continuous circulation process.

It should be noted that having collected such a scheme, one may encounter one difficulty. Since the rate of advance of the coolant may be small, temperature loss may occur. Why? If we talk about the two-pipe system, then the principle of its operation is as follows: water flows into the battery through one pipe, out of it through the other. In this case, its movement passes immediately through all radiators, and there is no heat loss.

In a single-pipe system, the coolant enters all the batteries gradually and loses its temperature as it passes through them. So, if at the time of leaving the boiler, the temperature of the carrier was 60˚ C, passing through all pipes and radiators, it may drop to 50˚C. What to do in this case? To overcome these fluctuations, you can increase the heat capacity of the batteries at the end of the chain, increasing their heat transfer, or increase the temperature in the boiler itself. But all this will lead to additional costs that are unprofitable and make the cost of heating more expensive.

To get rid of such a problem without high costs, you need to increase the speed of the coolant through the pipes. There are 2 ways to do this:

Technology of mounting the pump in the heating system

Install the circulating pump. So you can significantly increase the speed of water in the system. In this case, the heat loss at the outlet will be significantly reduced. The maximum loss can be several degrees. Such pumps are powered by electricity. It should be noted that for country houses, where electricity is often cut off, this option will not be ideal. 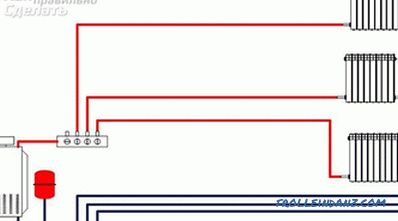 Install the collector immediately behind the boiler

Install the booster collector. This is a high straight pipe, through which water, passing through it, is gaining great speed. Then the coolant in the system with natural circulation makes a full circle faster, which also solves the problem of heat loss. It is especially good to use such a method in a multi-storey building, since in a single-story building with low ceilings, work will be ineffective. For the normal functioning of the collector, its height should be greater than 2.2 m. You should know that the higher the accelerating collector is, the faster, more efficiently and quieter the movement in the pipeline will be.

In such a system, there must be an expansion tank, which is better to install at the top. It acts as a stabilizer, controlling the increase in coolant volume. How does he work? When heated, the volume of water increases.These surpluses enter the tank, preventing overpressure. When the temperature drops, the volume decreases and from the expansion tank flows back into the heating network.

That's the whole principle of the one-pipe heating system. This is a closed loop, which includes the boiler, main pipes, radiators, expansion tank and elements that provide water circulation. Distinguish forced circulation, when all the work is done by the pump, and natural, in which the upper collector is mounted. The difference with this design is that it does not provide a reverse-action pipe, through which the coolant returns to the boiler. The second half of this layout is called the return.

A single-pipe system can be of two types, depending on the installation: horizontal and vertical.

To decide which system you need, consider the advantages and disadvantages of a one-pipe system. 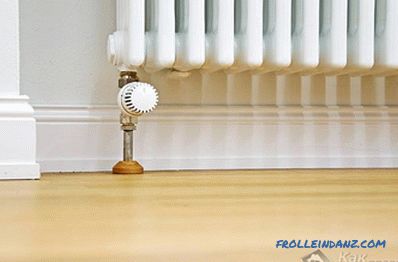 When mounting a single pipe pipe system, you can easily hide 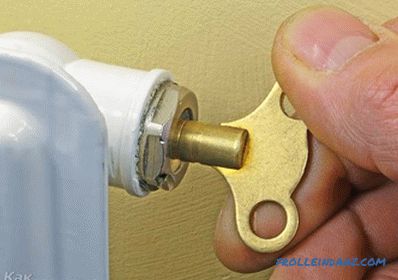 In such a system, it is often necessary to bleed air

But with these virtues this systems and some drawbacks and inconveniences that should also be noted:

You should know this before you start installing the heating system of a private house. 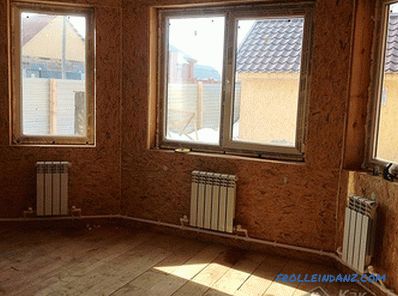 Batteries are connected to a single pipe system

If you do everything from scratch, you need to ensure the availability of such materials: 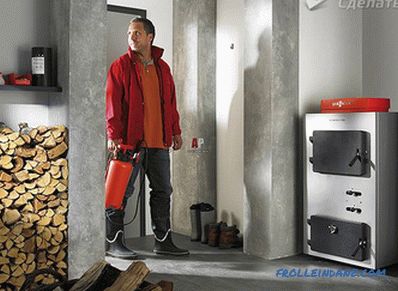 Further work sequence is as follows:

If you have a two-story house, everything is done in the same way, but only one pipe comes out of the boiler to the second floor, passes around the perimeter and goes down again. 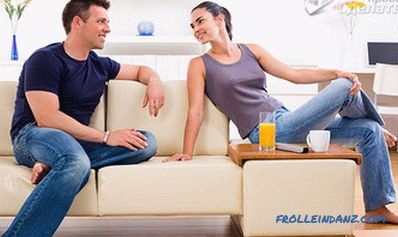 The heat in the house helps to create a cozy atmosphere

That's all, as you can see, The single pipe heating system is stable, efficient and easy to install. It can be used both for single-storey buildings, and for high-rise buildings. You will save money on installation and provide yourself with heat that will warm you with frosty winter days. 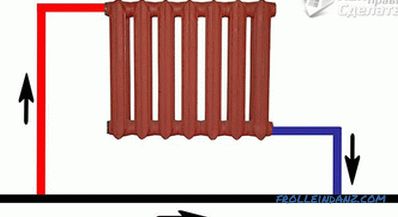 The principle of operation of a single pipe home heating system 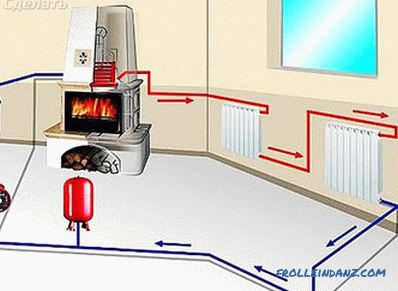 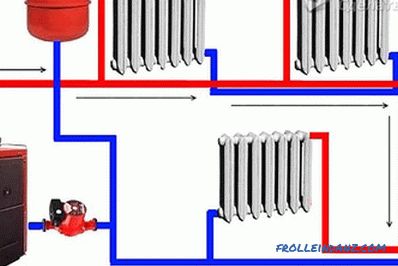 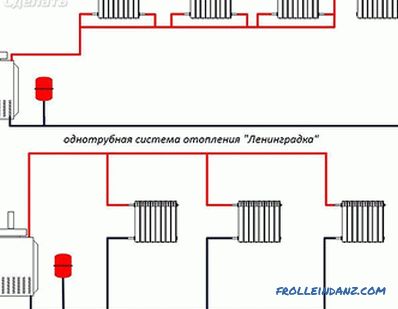 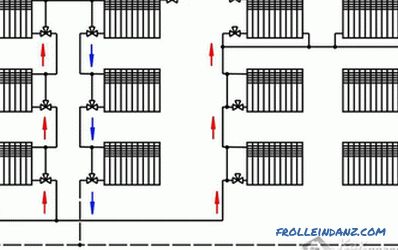 How to varnish wood 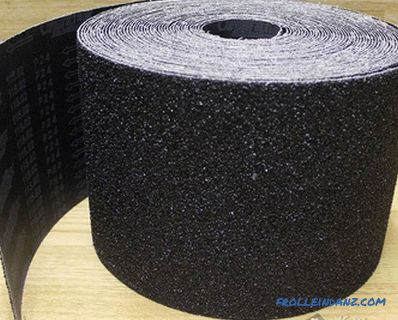 The lacquer coatings familiar to us are used in construction for the decorative finishing of the surfaces of walls and other elements of wooden structures. These coatings reliably protect surfaces f... 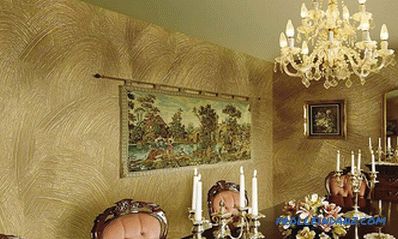 Decorative plaster in the interior of various rooms is used at the final stage of finishing works. It transforms the look of the interior, making it more spectacular and richer. It is used in combin...

Modern ways of processing plywood and wood allow you to create exclusive designs that amaze with their beauty and originality. Laser cutting of plywood has opened up the possibility of making very...

Bath from the logs with their own hands 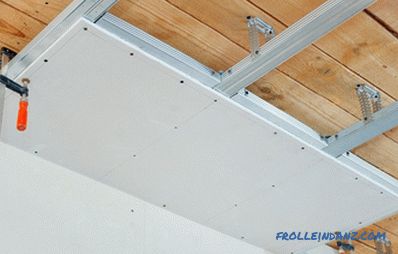 Various building materials are used today to align and beautifully decorate the ceiling. One of the most popular is drywall, it allows you to level the surface without using wet processes. This ens...